“Every violation of truth is not only a sort of suicide in the liar, but is a stab at the health of human society.”—Ralph Waldo Emerson

“Hope is the worst of evils, for it prolongs the suffering of man.”--- Frederich Nietzsche 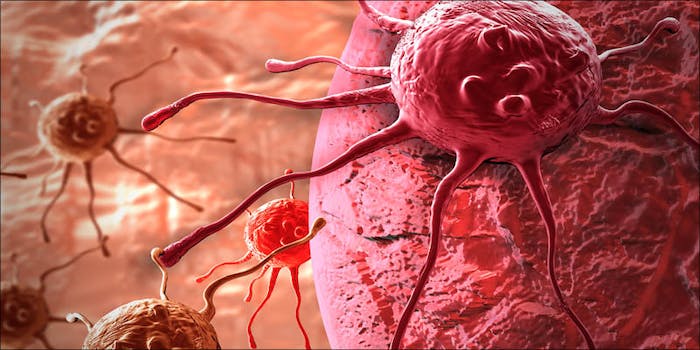 How can it be that toxic chemicals, harmful radiation, and mutilating surgery are known causes of cancer, and yet they are the conventional "cures" for cancer, as if fire trucks used gasoline to smother fires!!!??? (3-5) Such treatments are notoriously unreliable, and they increase the risk of other, seemingly unrelated forms of cancer.

There is no scientific evidence that supports the notion that DNA damage causes cancer. Nor is there any evidence that environmental stress causes DNA mutations. In fact, long before Watson and Crick discovered DNA, Watson's mentors, Max Delbruck and Simon Luria, famously proved that mutations are not affected by environmental factors(1). DNA damage cannot explain metastasis, why malignant tumors consist of multiple cell types proliferating at various rates, why malignancy causes different cancer in distant locations, why cancer exaggerates blood coagulability, or why cancer victims suffer decreased life span even when the cancer is "cured."

Here's what happened:  WWII military research investigated cancer treatment with mustard gas,(2) whereupon the discovery of DNA by Watson and Crick was seized upon to rationalize the notion that environmentally induced DNA mutation causes cancerous cells that can be extirpated to cure cancer. The idea is at odds with science. Today, cancer treatment costs as much as a million dollars per patient. Is it any wonder that cancer treatment facilities are mushrooming everywhere?

Stress theory offers a simplified cancer explanation. MSM activity elevates thrombin to repair tissues, and then restores normal thrombin levels, causing thrombin starvation that induces fibroblast apoptosis as tissue repair resolves. Excessive, unremitting stress causes proliferating fibroblasts to disrupt normal tissues, release tissue factor, and induce nociception, causing malignant (self-sustaining) MSM hyperactivity. Malignant cells and normal tissue repair cells both exhibit chromosome fragmentation and are indistinguishable. There are more than 100 types of specialized fibroblasts, each of which has a distinctive appearance under the microscope, and this accounts for the more than 100 cancer categories.

Excessive thrombin stimulation affects cellular PAR expression and may cause cells to abnormally revert to embryological PAR configurations that may exaggerate or explain malignancy.

Cancer rarely kills by disrupting organ function or causing fatal bleeding. Instead,  causes blood hypercoagulability, so that most cancer victims die quietly from myocardial infarction, stroke, pulmonary embolus or "unknown causes" that are not attributed to malignancy.

Cancer can be cured safely, comfortably and efficiently by abolishing consciousness, fear, and apprehension with general anesthesia; controlling nociception with opioids; and inhibiting thrombin with EDTA, trisodium citrate or magnesium Sulphate to induce apoptosis and disrupt the vicious cycle of malignant MSM hyperactivity.